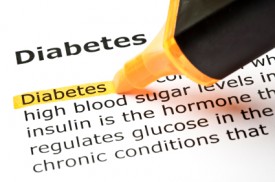 This is a must read article for anyone with diabetes, or a strong family history of diabetes.

Written by contributing columnist & Exercise Physiologist, Chris Whatson, this article highlights the very important relationship between exercise & blood sugar stabilisation. Another win for why you need to move!

The Physiology of Diabetes…

Glucose is too large to cross the cell membrane and enter into the cell e.g. Muscle Cell. Insulin signals specialised membrane proteins called glucose transporters which transport the glucose molecule across the cell membrane and into the cell, GLUT-4 being used for muscle cells. Think of it as if GLUT-4 is a key to a locked door on the cell, in which glucose can’t enter. Insulin “calls out” to GLUT-4, which then travels to the cell wall and unlocks the door, allowing the glucose to enter. When this occurs, blood glucose levels decrease and therefore so does insulin secretion from the pancreas. This is what normally occurs after we’ve eaten.

On the way to Type 2 Diabetes

Through poor diet, lack of exercise and a sedentary lifestyle, the risk of insulin resistance (IR) increases which leads to:

Exercise to the rescue!

Action needs to be taken immediately as macro and micro damage has already occurred, anywhere from 5-10 years before the diagnosis of type 2 diabetes and also, beta cell (pancreas) death cannot be reversed.

Fortunately exercise has been tried and tested many times, over many years, by many top researchers all over the world.

How does exercise Help?

Insulin isn’t required for glucose to enter into the cell when exercising. A form of non-insulin dependent glucose uptake called contraction-mediated glucose uptake (CMGU) occurs when we exercise, so essentially muscle contraction allows glucose to enter the cell. There are several theories as to how this occurs but the exact mechanism remains unknown at this stage. What is known is that this pathway isn’t affected by people with type 2 diabetes, making exercise a prime method for improving, or at least controlling the disease. CMGU continues for several hours post exercise.

Exercise also has direct effects on the pathophysiology:

Aside from the BGL lowering effects and direct improvements to the disease, exercise can result in a reduced dosage of medication, perhaps even none at all depending on the severity of the disease.

In short, they’re both effective, more specifically, a combined session has been shown many times to be the most effective method for achieving glycaemic control. Combined sessions tend to result in greater energy expenditure than either one alone. Energy expenditure strongly influences the direct effects on the pathophysiology (see above).

Despite RT and AT being both effective, a considerable amount of research has suggested that RT is actually superior to AT. Several studies have shown that RT is more effective at improving GLUT-4 number and function, also due to the intermittent nature of RT it is often better tolerated than AT with people that also suffer from fatigue and musculoskeletal disorders like osteoarthritis and RT is highly effective in slowing sarcopenia (degenerative loss of skeletal muscle) which has a close association with type 2 diabetes.

What’s more important than which one is chosen is the intensity and duration. Current research clearly demonstrates that intensity is more important duration. Many of us know that when we work at low intensities for an extended period of time, fat becomes the primary fuel source. This is far less effective at lowering BLG’s, whereas intensities ranging from moderate to high utilise more carbohydrate (glycogen) for fuel, therefore are more effective at lowering BGL’s. The way this works is quite simple, as glycogen is depleted from the muscles, the muscles then increase uptake of glucose from the blood to replenish the glycogen, resulting in concentrations of blood glucose decreasing. A single session should be at least 10min in duration in order to get benefits from in. 3 x 10min cycling sessions with, hours in between, at a higher intensity is perfectly ok.

The following table shows recommendations from Exercise and Sports Science Australia, which is the governing body of accredited exercise physiologists in Australia. 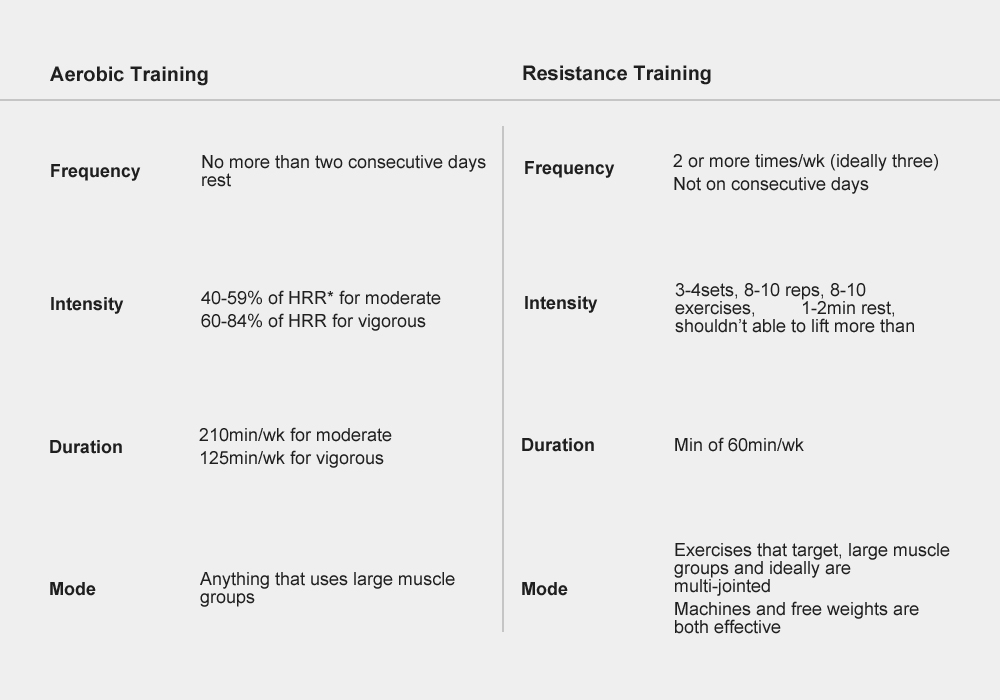 The benefits from exercise on type 2 diabetes are both acute and chronic however it’s best to focus on the acute benefits. The positive effects on glycaemic control from a single exercise session can last up to 72hrs post exercise. Based on this, it’s very important that another session is started before this 72hrs is up, so the acute effects keep on continuing. This means not having more than two days without exercise. Always remember that incidental exercise does not count as exercise and shouldn’t be substituted for it. In saying this incidental exercise or general being active is an important part of the overall lifestyle a person with type 2 diabetes should aim for.

Exercise is best done when BGL’s are peaked which can range from 1-2 hours after eating. So if a patient has a scheduled training session in the afternoon and they’ve eaten lunch at midday, a 1:30-2:00pm start is ideal.

The main concern when exercising as a person with type 2 diabetes is a condition called hypoglycaemia, this when BGL’s are too low. An instant glucose source should be present when exercising like jelly beans or sugary drink. Scheduling exercise around medication is also very important in preventing hypoglycaemia as they both lower BGL’s. If both are done close together, the patient will effectively get a double dose of BGL lowering effects, increasing the risk of a hypoglycaemic event.

Another concern is driving home straight after exercise. Stable BGL’s always need to be maintained as glucose is the primary fuel source for the brain. Low BGL’s can lead to dizziness and light headedness, conditions that are extremely dangerous when driving. Self monitoring is the best way to monitor BGL’s.

Resistance training can be a concern when patients have diabetic retinopathy as the intermittent high increases in blood pressure that can occur with RT may have a negative effect on this condition.

Finally, anyone with type 2 diabetes or a PT who has a client with it should always get written approval to exercise from a GP. The American College of Sports Medicine regards a person with this disease automatically high risk for cardiovascular disease so always be conservative with training, progress gradually and consult an appropriate allied health care professional if unsure.

To Comment on this article please do so in the section below. 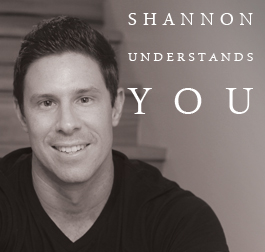