Alcohol: How it affects your efforts to drop fat 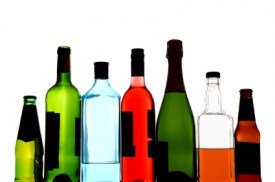 So most of us enjoy a drink right?? I know I do, but like everything it’s a slippery slope that can significantly undo all the hard work you put in at the gym.

I am realist when it comes to food and drink, as the fact remains that I deal day-in-day-out with people who are going to succome to temptation whether every weekend, or on special occasions. This article in which case is a realistic view on the perils of alcohol, and how to successfully incorporate it into your life without limiting your ability to have the body you deserve.

Everything is calories, and alcohol is no exception. It is widely accepted that significant calorie ingestion without equal (or close to) energy expenditure, will result in increases in body weight.

Alcohol intake all too often is not viewed as energy by its user, and thus the slippery slope begins…

Alcohol provides 7 calories per gram, which sits just under fat (9 cal/g) and just above protein & carbohydrate (4 cal/g). This starts to make the game very real, in that you begin to correlate the damage that can be done with even 1-2 drinks per night.

WHAT SHOULD I DRINK?

The choices in alcohol these days are limitless: Full strength, mid strength, light, low carb, sugar free etc etc. The main difference between most commercial drinks is limited; a standard full strength beer (5%) provides approximately 135 calories, versus a standard red or white wine at approx 170-190 calories. Now as we know most people are not consuming standard drinks anyway. Light beers come in at around 95 calories (due to less sugar & lower alcoho) and low carb beers only come in at approx 25 calories less than a standard beer due to the fact that they are mostly high alcohol (4.6%). This makes the whole low carb thing negligible unless you’re having 10 of them, which seems to be the attitude of a lot of men that assume low carb = more.

Spirits win out calorie wise every time, with a single 30mL shot providing only 60 calories. For this reason a spirit with soda water or a diet mixer is your best choice if you want to keep the calories low. In reality you could afford to consume 3 standards spirits to every 1 standard wine. Just remember though that this begins to negate the idea of balanced living!!

Diet induced thermogenesis is defined as the increase in energy expenditure above normal basal response after eating. Thermogenesis itself merely refers to cellular creation of heat, and it is well understood that different foods result in higher rates of thermogenesis than others.

While many nutritionists don’t focus on this point here is the reality. Ethanol (alcohol) induced thermogenesis is calculated at a rate of 15% which is lower than that of protein (25%) but significantly higher than carbohydrates (8%) and fats (3%)#. Ethanol cannot be stored by the body and so the majority of its calories are available as an easily metabolised energy source.

Studies also suggest that alcohol reduces lipid oxidation (breakdown of fat for energy) and so while it seems like alcohol so far is hitting all the right buttons, it does inhibit fat breakdown which isn’t optimal if you’re trying to burn fat.

Alcohol isn’t necessarily the demon it is portrayed to be. It is in fact highly possible to drink recreationally and still look amazing! As my grandmother has always said “everything in moderation”….

In very small amounts you can afford to drink anything you want really. Those with poor will power who can’t have ‘1 or 2 ‘ should really consider either not drinking, or swapping to spirits while being considerate of their higher alcohol content. Given its high rate of metabolism, alcohol can easily be incorporated into normal living, although like many others, should just be considered to be a ‘sometimes food’. The great issue with alcohol on a calorie note is not so much the calories provided by the alcohol, but the extra calories consumed with poor foods choices while drinking. For me personally, I normally drink alcohol with lower calorie foods. I would be more likely to have a couple of drinks with a nice piece of lean animal protein & a salad or low starch vegetables, over a starchy rice or pasta dish.

As a general rule I consider it bad habit to drink mid week anyway, and recommend alcohol for social occasions with friends & loved ones. 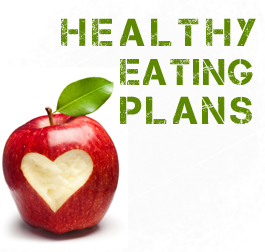